The Canyon Pintado National Historic District covers over 16,000 acres of public land along 15 miles of State Highway 139 between Fruita and Rangely. There are hundreds of archaeological sites along the canyon from the Fremont and Ute people. The BLM manages the area and has built trails and signs along the way so that people can visit and learn about the area and its history. Canyon Pintado (Spanish for “Painted Canyon”) was named by Fathers Dominguez and Escalante in 1776. Their trip took them through the canyon and they were the first Europeans to see the ancient Native American rock art as they traveled through the Douglas Creek Valley. 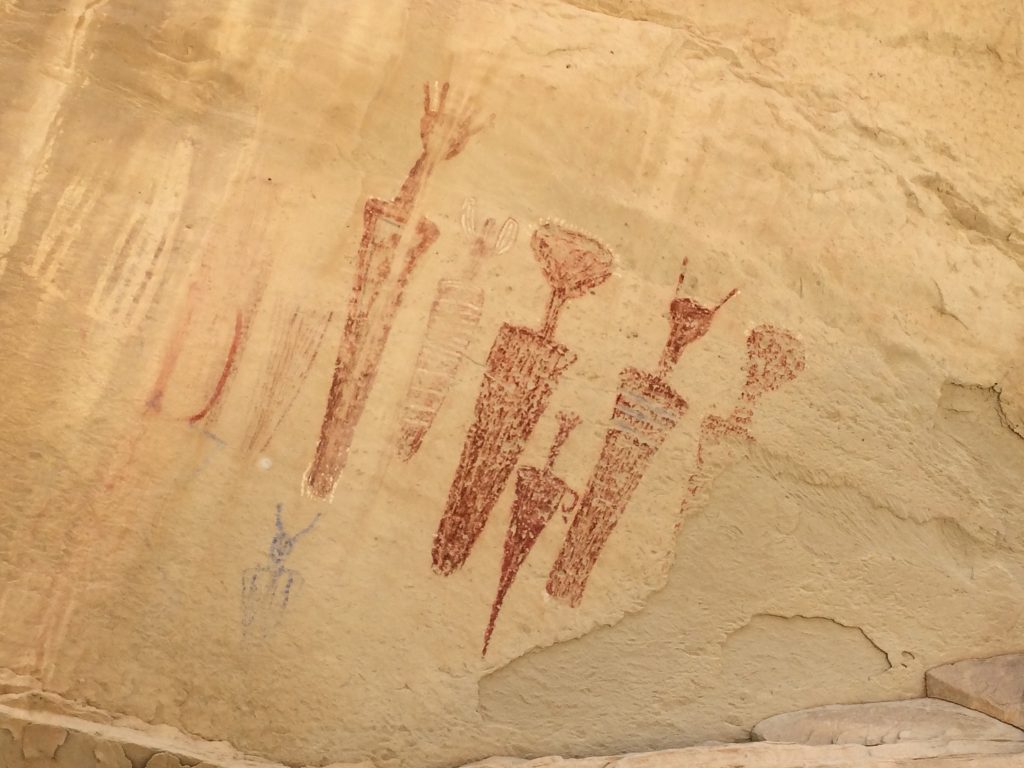 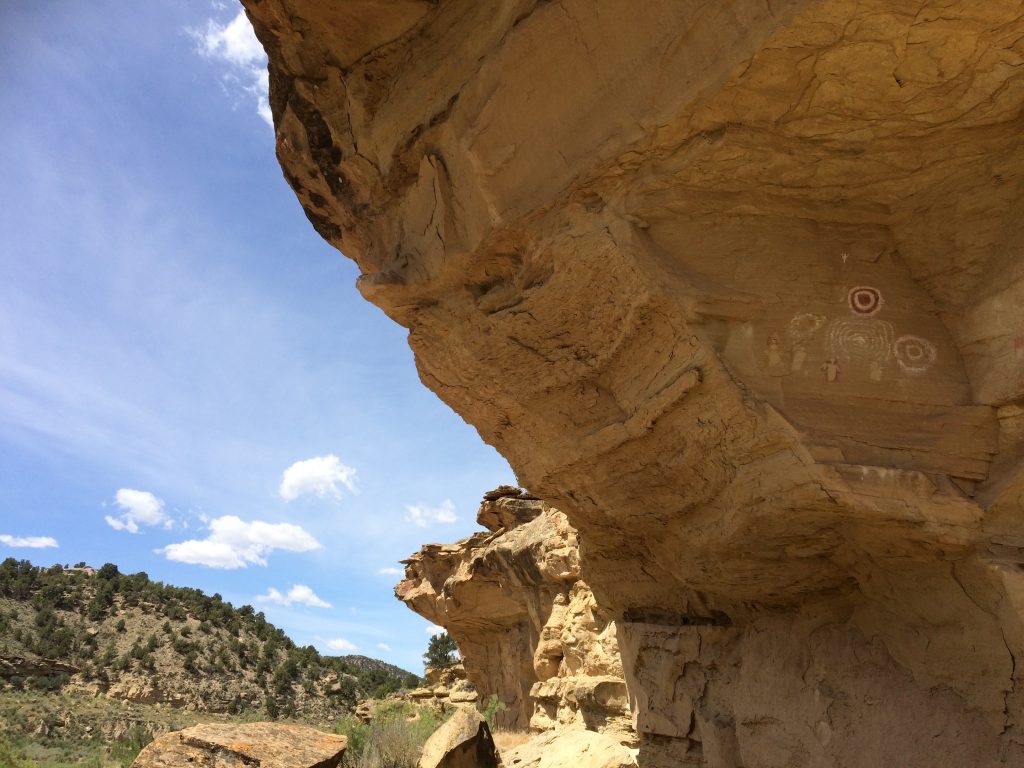 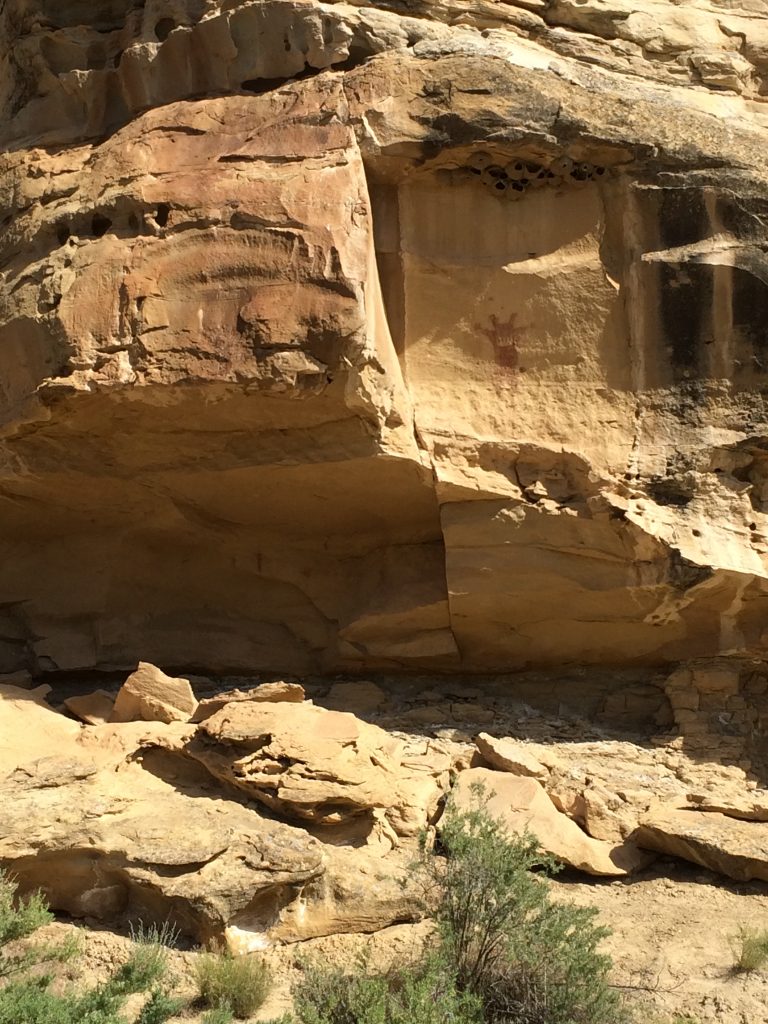 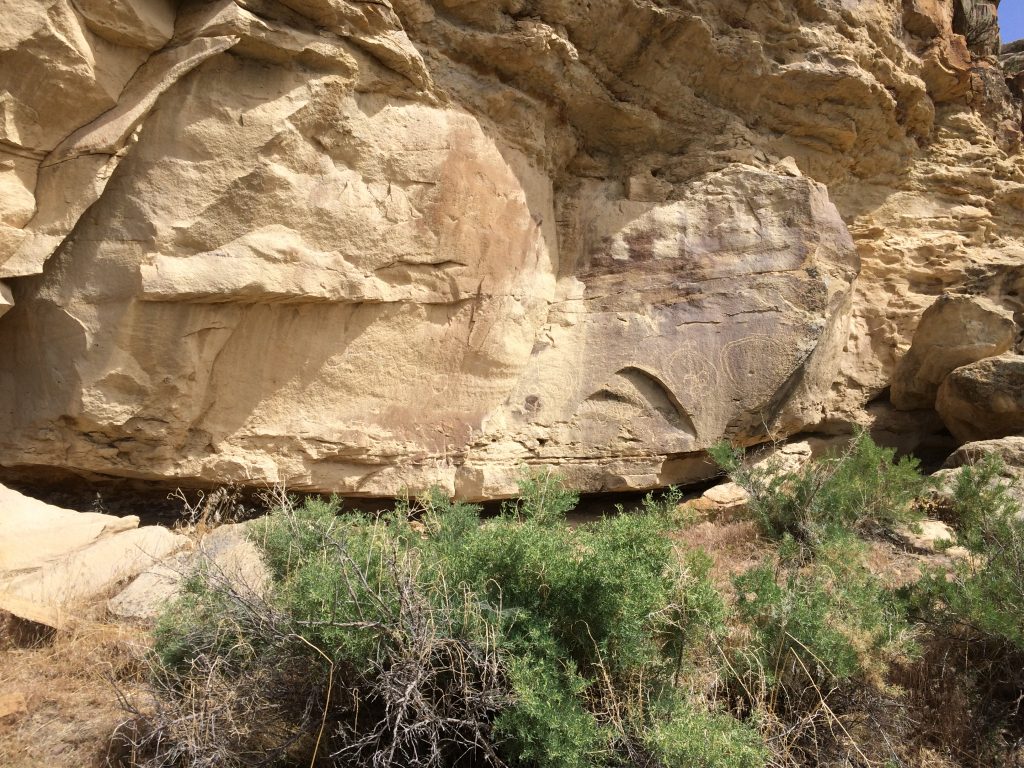 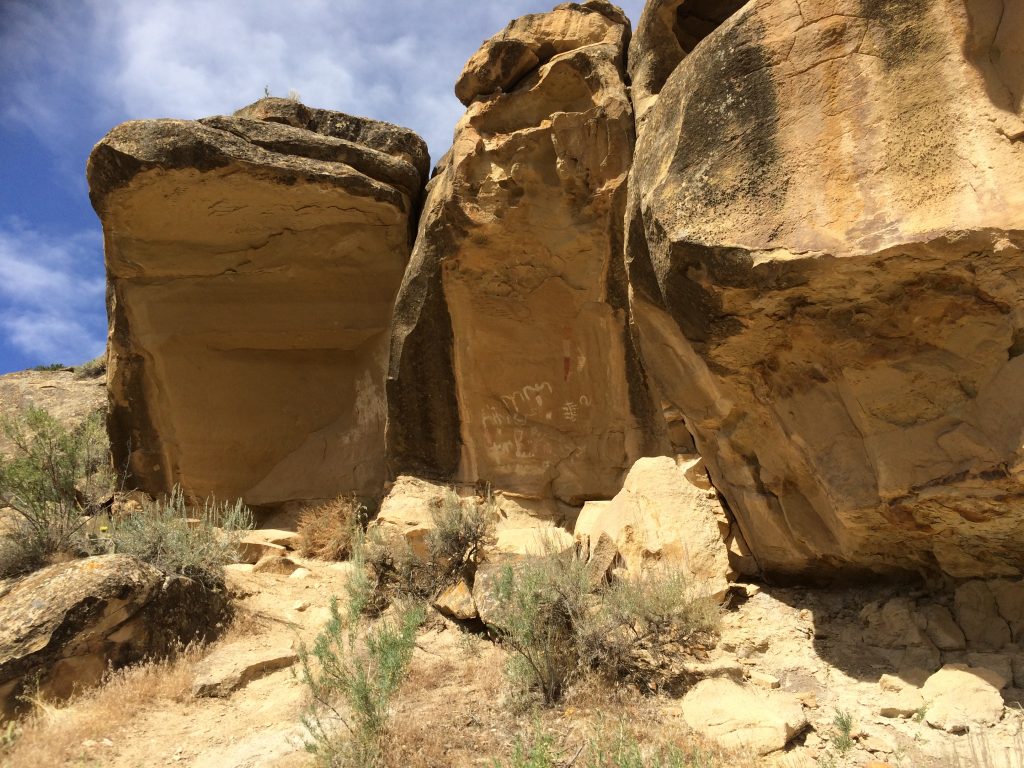 What is rock art?

Rock art was left by many different culture all around the world. On the Western Slope, we find rock art left by the Fremont people and the Utes. Instead of a written language, these native American groups relied on pictures to express themselves. The rock art they let behind tells a story, even if we don’t know what it means today.

There are two types of rock art. Petroglyphs are created by scratching or carving into the stone to make a picture and pictographs are painted on the surface of the stone.

Both pictographs and petroglyphs are protected by federal, state or local agencies such as the BLM or National Parks Service. Rock art is so fragile that oil and sweat from you skin can cause damage that makes them weak against the elements and destroys them faster. Damage to sites has already happened where visitors added their own chalk outlines, tried to cut art from rocks or shot bullets at it. With care, rock art that has lasted for a thousand years will still be there for generations to come.